The God of Africa is the God of Bulgaria!

CfaN’s Fire Conference with Gospel Campaign, called “From Minus to Plus,” was held April 15-16 in Plovdiv, Bulgaria. These meetings formed a powerful, historic event for our beloved city and nation.

Local Christians saturated the area to prepare for the meetings. Churches kept a prayer and fasting chain for some weeks leading up to the meeting. Believers invited family members and neighbors while distributing 60,000 evangelistic DVDs. And over 45 billboards invited the public to the Gospel meetings.

Evangelist Paul Maurer, one of Daniel Kolenda’s former apprentices, assisted in organizing this event, preaching at 17 Churches in the Plovdiv area and holding revival and evangelistic meetings. Many people were saved, healed and refreshed. A lady fully deaf in one ear, and 60% deaf in her other ear, got totally healed. God restored her to perfect hearing! They rejoiced in God's goodness.
Longstanding CfaN board member Dr. Tony Stone presented the CfaN Follow Up concept in three evening seminar attended by more than 400 people.

Local newspapers accused us of “terrorizing” the city. Rumors even circulated that people were organizing riots against us. But we love to be on the cutting edge of evangelism – where hell is being provoked and the Kingdom is rising in power.

We did have the help of the police and security guards at the meeting hall. So in the end, God protected us and made the event perfectly peaceful.

Peter Vandenberg, Todd White and Daniel Kolenda preached in five Fire Conference sessions to build up faith and ignite passion in the hearts of ministry leaders and workers. Peter is a great story-teller! He flew around the stage, full of enthusiasm and life, demonstrating how Jonathan climbed the hill to fight the Philistines. From that story he pointed out practical steps to put real faith into action.

Todd actually began one of his sessions with some excellent beatboxing! Then he gave colorful testimonies of the way he prays for people in public places to be healed. He shared how his wife couldn’t stand to be there when he first started praying for people. She told him, “You are not a pastor; you should not pray for people.” Todd told us that he prayed for many people before he saw anyone healed. He finally saw his first miraculous healing after three and a half months of praying for people. Then only after another five months did his wife finally accept his public ministry.

The Fire Conference ended with a “Fire Tunnel.” All 5,935 participants passed through prayer lines where Daniel, Todd, Peter and several Bulgarian pastors laid hands on them.

Well over 13,000 people visited the Gospel meetings at night. Todd shared his emotional testimony of 22 years spent on drugs before Jesus delivered him. Then Evangelist Daniel Kolenda preached a crystal-clear Gospel message. He urged listeners not to compromise, procrastinate or give only part of their heart to Jesus. He called those gathered to a full surrender and repentance, calling them to receive Jesus Christ as their personal Savior and Lord.

After the prayer for salvation, Todd and Daniel prayed for the sick. God’s mighty power was present to heal, and people came forward to give their testimonies. A man who had suffered a stroke and was paralyzed in half his body could move properly again. A woman with a similar condition put down her crutch and could walk normally. And a boy who was completely blind received partial sight. The crowd rejoiced and praised the Lord. Peter Vandenberg closed the meeting with a prayer of blessing for the city of Plovdiv and the nation of Bulgaria.

We feel Bulgaria is ready for a fresh wave of the Holy Spirit. A new season has been proclaimed over this Balkan nation, and we rejoice to hear how young people from various Bulgarian cities are getting ignited with God’s fire and displaying the courage to share their faith. 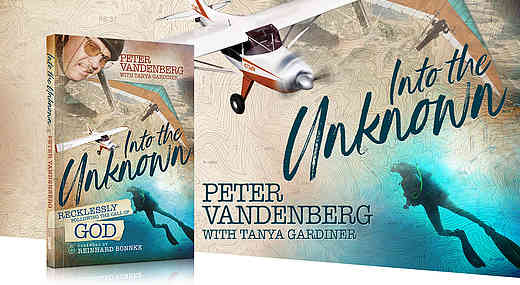